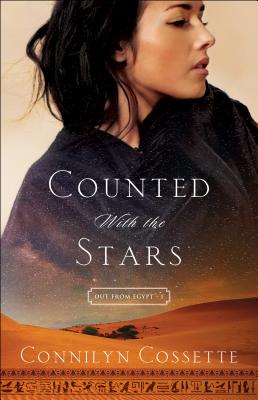 Counted with the Stars (Out from Egypt #1)

A Story of Love, Desperation, and Hope During a Great Biblical Epoch

Sold into slavery by her father and forsaken by the man she was supposed to marry, young Egyptian Kiya must serve a mistress who takes pleasure in her humiliation. When terrifying plagues strike Egypt, Kiya is in the middle of it all.

To save her older brother and escape the bonds of slavery, Kiya flees with the Hebrews during the Great Exodus. She finds herself utterly dependent on a fearsome God she's only just beginning to learn about, and in love with a man who despises her people. With everything she's ever known swept away, will Kiya turn back toward Egypt or surrender her life and her future to Yahweh?

Connilyn Cossette is a homeschooling mother of two with a passion for writing stories of timeless grace. She hopes to draw readers into a personal encounter with the rich ancient world of the Bible and spark curiosity that will lead to digging deeper into the truth of the Word. Her novel Counted With the Stars won the 2013 Frasier Contest and was a semi-finalist in the 2013 ACFW Genesis Contest. She lives near Dallas, Texas. Connect with her at www.connilyncossette.com.