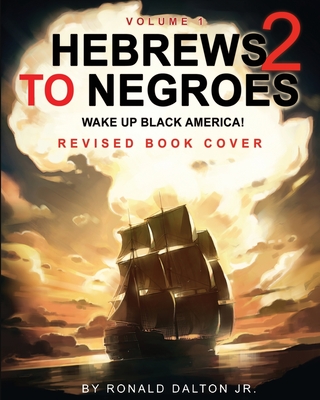 THE GREATEST IDENTIY THEFT OF ALL MAKIND HAS HAPPENED WITHOUT THE WORLD EVEN KNOWING IT. We all know who the "Jews" today in the world are. They came to Israel in 1948 from Europe almost 2,000 years after the destruction of the 2nd Temple in Jerusalem. But who are they? The Bible says the "Children of Israel" would endure Curses "forever" for not keeping his commandments. This is in the Torah (First 5 books of the Old Testament). The New Testament talks about a "Physical Israel" and a "Spiritual Israel". What's the difference? We know the Chaldeans claim heritage from the Ancient Chaldeans in the Land of Ur that Abraham lived amongst. We know the Greeks claim heritage from the Grecians of old like "Alexander the Great." We know Arabs today claim heritage from Abraham's son Ishmael. What has baffled mankind is the whereabouts of the Biblical "Hebrew Israelites" aka the "Children of Israel?" In our Bible God laid out clues as to who they were THEN and TODAY but for centuries we have ignored the "clues". Satan has cleverly used mankind to sweep under the rug the "True Identity" of the Biblical Hebrew Israelites so that we cannot discover where their descendants are at. In Israel and all throughout the world, it is a known fact that Modern Jewry only claims to be from the Tribe of Judah, Benjamin, and Levi. No one talks about why these Tribes are supposedly "FOUND" while the other Tribes are mysteriously "LOST". Well, in "Hebrews to Negroes 2: Wake Up Black America, Volume 1" the answer to this question is finally going to be revealed. The Bible makes certain things clear that cannot be refuted: - The Curses of Israel were "DIVINE PUNISHMENTS" for the Children of Israel for disobeying God's commandments ALL throughout their history in the bible even until the last book of the Old Testament, "Malachi" (Deuteronomy 28:16-68). - These "Curses" were going to be ONLY FOR THE ISRAELITES and THEIR CHILDREN FOREVER (Deuteronomy 28:46). - The "Children of Israel" DID in fact DISOBEY God's Commandments and ACKNOWLEDGED that they had RECEIVED the Curses (Daniel 9:9-14). - God promised to one day REGATHER THE DESCENDANTS OF THE CHILDREN OF ISRAEL to their land to enjoy PEACE, REST, QUIET, and NO FEAR (Jeremiah 30:10-12, Ezekiel 11:16-17, Isaiah 11:11-12, Isaiah 43:5-7). This has not been the case in Israel since the State of Israel was born in 1948. - After the "Fall of the Second Temple" in Jerusalem in 70 A.D., the remaining Israelites would be scattered by way of CAPTIVITY into ALL NATIONS, and the GENTILES would possess Jerusalem (Israel) until the second coming of Christ (Luke 21:24-28). It is time for the "Black America" and the World to know the Truth.