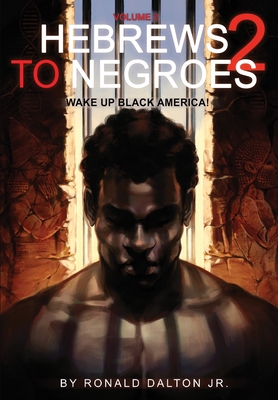 "From beyond the Rivers of Ethiopia My worshippers, My dispersed ones, Will bring My offerings." - Zephaniah 3:10 Modern Jewry has been looking for the "10 Lost Tribes of Israel" in countries like Afghanistan, Pakistan, China, Arabia, and India but they never seem to look in Africa. The Ethiopian Jews and the Lemba Jews have been recognized by modern Jewry as having a connection to Ancient Israel but other African countries are often overlooked. Why is this? Jews today now boast to have "Israelite" heritage based on the "Cohen Model Haplogroup" genetic marker that they say links them to the High Priest Cohenite clan of Aaron, the brother of Moses. But what exactly is this "Cohen Model Haplogroup"? Who else in the world has it and is it really an "Israelite Genetic Marker" as they claim? In the Book, "Hebrews to Negroes 2: Volume 2, I dive in deep into the "world of genetics" to debunk the lies that has been spread about who we call "Jews" or the "Chosen People" today. Using Linguistics, Ancient written records from Arab historians, Craniometry, Tooth records, Ancient maps, Ancient archaeological relics, Ancient pictures, the Bible, Genetics and "Critical Thinking" one can find out the TRUTH about who the REAL ISRAELITES of the Bible are. It will tell us where we should be looking in regards to finding the "authentic" scattered "Children of Israel", not "outsiders" who have invaded Judea for the last 2,000 years and decided to convert to Judaism. In this Book many clues to our "many" questions about the Bible will be answered and explored. Such as: - Who are the descendants of the Ancient Egyptians, Canaanites, Cushites and Phuttites today? - Who are the "Original Arabs" and where are they at today? - What is the connection between the Lemba Jews, African-Americans, Caribbean Blacks, Afro-Latinos and "Bantus" West/East Africans? - Who are the indigenous Native Amerindians? Are they descendants of Ham, Shem or Japheth? - Are the Native Amerindians Israelites? - Do Latinos have any "Israelite" heritage? - Where did the 10 Lost Tribes of Northern Israel (Samaria) go after they were exiled in 700 B.C. and is there any DNA proof of this? - Who were the Jews that were exiled from Spain and Portugal in 1492 A.D.? Were they "Black Jews" or "White Jews"? Who are the Sephardic Jews and are they "imposters" as well? - Who were the Moors? Were they mixed with "Israelite Blood"? - Can we trace the migration pattern of the Edomites? If so, where are the Edomites today and what nations of people can we find the "bloodline" of Edom in? - How do we know that the Ashkenazi Jew, the Sephardic Jew and the Mizrahi Jew today are "Gentiles" and not "Jews"? - Are there any Israelites in Asia or the Middle East? A LIE CANNOT LIVE FOREVER It is time for "Black America" and the World to know the Truth.