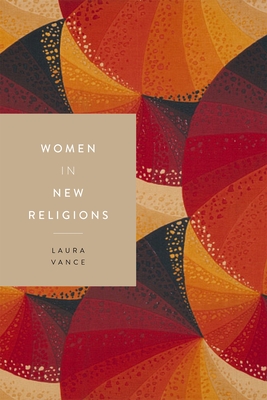 Women in New Religions offers an engaging look at women's evolving place in the birth and development of new religious movements. It focuses on four disparate new religions--Mormonism, Seventh-day Adventism, The Family International, and Wicca--to illuminate their implications for gender socialization, religious leadership and participation, sexuality, and family ideals.

Religious worldviews and gender roles interact with one another in complicated ways. This is especially true within new religions, which frequently set roles for women in ways that help the movements to define their boundaries in relation to the wider society. As new religious movements emerge, they often position themselves in opposition to dominant society and concomitantly assert alternative roles for women. But these religions are not monolithic: rather than defining gender in rigid and repressive terms, new religions sometimes offer possibilities to women that are not otherwise available. Vance traces expectations for women as the religions emerge, and transformation of possibilities and responsibilities for women as they mature.

Weaving theory with examination of each movement's origins, history, and beliefs and practices, this text contextualizes and situates ideals for women in new religions. The book offers an accessible analysis of the complex factors that influence gender ideology and its evolution in new religious movements, including the movements' origins, charismatic leadership and routinization, theology and doctrine, and socio-historical contexts. It shows how religions shape definitions of women's place in a way that is informed by response to social context, group boundaries, and identity.

Laura Vance is Director of Gender and Women's Studies and Faculty of Sociology at Warren Wilson College. She is the author of Seventh-day Adventism in Crisis.