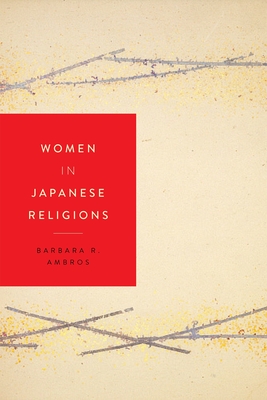 Scholars have widely acknowledged the
persistent ambivalence with which the Japanese religious traditions treat
women. Much existing scholarship depicts Japan's religious traditions as mere
means of oppression. But this view raises a question: How have ambivalent and
even misogynistic religious discourses on gender still come to inspire devotion
and emulation among women?

Drawing on a diverse collection of
writings by and about women, Ambros argues that ambivalent religious discourses
in Japan have not simply subordinated women but also given them religious
resources to pursue their own interests and agendas. Comprising nine chapters
organized chronologically, the book begins with the archeological evidence of
fertility cults and the early shamanic ruler Himiko in prehistoric Japan and
ends with an examination of the influence of feminism and demographic changes
on religious practices during the "lost decades" of the post-1990 era. By
viewing Japanese religious history through the eyes of women, Women in Japanese Religions presents a
new narrative that offers strikingly different vistas of Japan's pluralistic
traditions than the received accounts that foreground male religious figures
and male-dominated institutions.

Barbara R. Ambros is Associate Professor of Religious Studies at the University of North Carolina at Chapel Hill. She is the author of Bones of Contention: Animals and Religion in Contemporary Japan and Emplacing a Pilgrimage: The Oyama Cult and Regional Religion in Early Modern Japan.