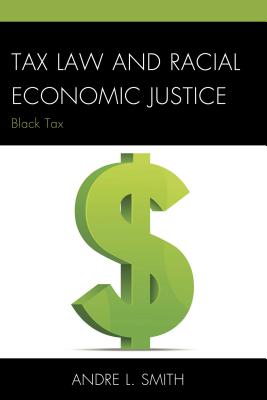 No study of Black people in America can be complete without considering how openly discriminatory tax laws helped establish a racial caste system in the United States, how they were designed to exclude blacks from lucrative markets and the voting franchise, and how tax laws extracted and redistributed vast sums of black wealth. Not only was slavery nearly a 100% tax on black labor, so too was Jim Crow apartheid and tax laws specified the peculiar institution as "negro slavery." The first instances of affirmative action in the United States were tax laws designed to attract white men to the South. The nineteenth-century Federal Tariff indirectly redistributed perhaps a majority of the profits from slavery from the South to the North and is the principle reason the Confederate states seceded. The only constitutional amendment obtained by the Civil Rights Movement is the Twenty-Sixth Amendment abolishing poll taxes in federal elections. Blending traditional legal theory, neoclassical economics, and a pan-African view of history, these six interrelated essays on race and taxes demonstrate that, even in today's supposedly post-racial society, there is no area of human activity where racial dynamics are absent.

Andre L. Smith is associate professor at the Widener University School of Law