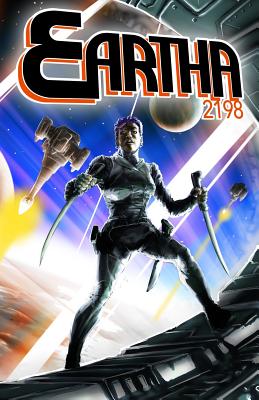 Year 2198: Planet Hope's Teleportation program has crash-landed Eartha and the Neo Astronaut crew on the home of their ancestors and her namesake. But the mind powers that got them to this unfamiliar world can't get them back and Eartha must fight her way out of the galaxy to get home to her young son, Delta. A daughter of Shogun City, Eartha is warrior trained. However, the solar system's galactic police prevent anyone from going beyond Pluto. Battling forces determined to deem Planet Hope a farce, Eartha fears she must rely on her burgeoning Dream Sage powers, the very powers she vowed never to use again...the very powers that could keep her lost in the dream forever. Discover the adventure of one of Planet Hope's greatest Neo Astronauts before the rise of Rayla.