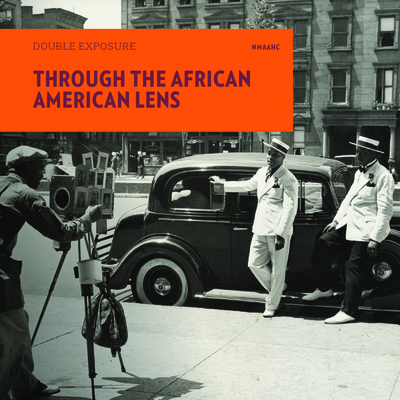 Double Exposure is a major new series based on the remarkable photography collection supporting the Earl W. and Amanda Stafford Center for African American Media Arts at the Smithsonian National Museum of African American History and Culture (NMAAHC). From daguerreotype portraits taken before the Civil War to twenty-first century digital prints, this series is a striking visual record of key historical events, cultural touchstones, and private and communal moments that helps to illuminate African American life.

In addition to featuring fifty photographs from a broad range of African American experiences, each thematic volume includes introductions by some of the leading historians, activists, photographers, and writers of our times. Many of the images in the series are by famous photographers such as Spider Martin, Gordon Parks, Ernest C. Withers, Wayne F. Miller, and Henri Cartier-Bresson. There are also iconic images, such as McPherson & Oliver's Gordon under Medical Inspection (circa 1867), and Charles Moore's photographs of the 1963 Birmingham Children's Crusade. These take their place next to unfamiliar or recently discovered images, including work by Henry Clay Anderson of everyday life in the black community in Greenville (MS), during the height of the Jim Crow segregation laws.

Volume 1: Through the African American Lens is an introduction to the photography collection, revealing the ways in which African Americans have used activism, community, and culture to fight for social justice and create a better life.

Deborah Willis is an art photographer and university professor and chair at the Tisch School of the Arts at New York University.

Rhea Combs is a curator at the Smithsonian Institution's National Museum of African American History and Culture and head of the museum's Earl W. and Amanda Stafford Center for African American Media Arts. Combs has written several articles on gender, sexuality, and African American visual culture as well as curated shows at museums both nationally and internationally, including: ICA-London, Spelman College and the Schomburg Center for Black Culture. Combs was a former photo curator for the international advertising firm, Wieden+Kennedy. Deborah Willis has pursued a dual professional career as an art photographer and as one of the nation's leading historians of African American culture. She is University Professor and Chair of the Department of Photography & Imaging at the Tisch School of the Arts at New York University. Historian, author, curator and educator, Lonnie G. Bunch, III is the founding director of the Smithsonian's National Museum of African American History and Culture.